The Jivaparamanu is the smallest unit of the living body. The multiplication and growth of Jivaparamanus are controlled by Vata dosha (Caraka). Jivaparamanus have a very short life span. They are continuously dying and replaced by new Jivaparamanus according to the theory of spontaneous dissolution – svabhavoparamavada (Caraka). When the existence of the Jivaparamanu is threatened by factors that dominate in Usnaruksaguna, with properties opposite to that of Ojas, the fear of existence is triggered in them. Chronic accumulation of Ama in the body that acquires the characteristics of Visha and is deep-seated in the dhatus can create such an environment. This causes disturbance of Vata and leads to proliferation of the jivaparamanus, eventually leading to the development of a tumour (granthi – so-called because of the knotted appearance). Some granthis are arbudas (that which kills by multiplying into hundreds and millions). Granthis have kosha (are encapsulated) while Arbudas are not encapsulated (Caraka). In the early stages, Vata, in association with Kapha causes slow but substantial growth of the arbuda. In later stages, when Pitta is also aggravated, the arbuda becomes aggressive and causes great discomforts and fatal outcomes in the patient. Sushruta points out that Arbudas can recur (adhyarbuda) or metastatise (dvirarbuda). Further, he also points out that arbudas that are fixed (achalyam) or prasruta (that ulcerates) are difficult to manage. In this discussion, we will examine what is cancer from the Ayurvedic perspective.

Is Cancer what Ayurveda describes as Arbuda? Does it cover solid and hematological tumours? Are other disease entities described in Ayurveda comparable with cancer? What is the line of management, and what is the prognosis of cancer from an Ayurvedic perspective? During this webinar will answer the above questions and more.

He received BAMS degree from Bharathiyar University, Coimbatore, in 1991 and MD (Ayu) degree from Rajiv Gandhi University of Health Sciences, Bengaluru, in 2001. He has been contributing to the field of Ayurvedic research for the last 30 years. His publications include research papers in indexed journals and chapters in books.

He was honoured with the Ayurveda Marga Pravarthaka Award by the L. Mahadevan’s Ayurveda Foundation in 2014 and Vaidya Sundarlal Joshi Smriti Sodha Puraskara by the Mahagujarat Medical Society in 2015. In 2016, Poonthottam Ayurvedashram bestowed the Bharadvaja Puraskaram Award to him for contributions to research in Ayurveda. In 2017, he was honoured with Dr C. Dwarakanath Memorial Award by IASTAM for contributions to contemporary interpretations of the principles of Ayurveda. In 2021, he was awarded the Dr Keshav Baliram Hedgewar Healing Honor 2021 by Rethink India for facilitating Integrative and Preventive Medicine and positioning Ayurveda as a Whole Medical System. He has made research visits to the United States, United Kingdom, Canada, Argentina, Brazil, Germany, France, Netherlands, Italy, Austria, Latvia, Russia, Denmark, Belgium, Singapore, Switzerland, Thailand and Sri Lanka for the promotion of Ayurveda.

Please note that all the webinar participants will receive a link to the Zoom webinar via email on the 11th of December. To access the webinar, click on the Zoom link sent to your email from info@apa.uk.com. Please note that you do NOT need to enter the event via the Eventbrite page. 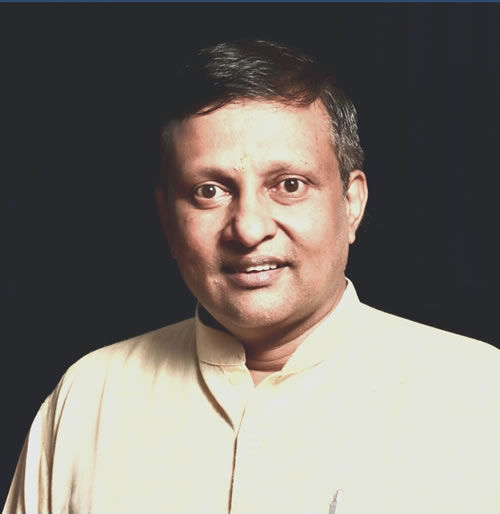